History of the Pocket Knife 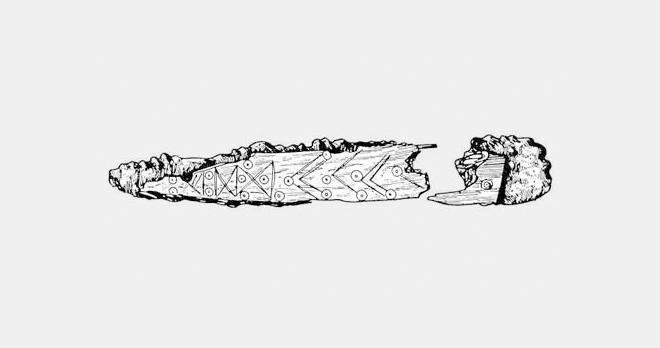 The following comes from www.coolmaterial.com

"Every boy acquired a pocket knife at some point in time. Whether yours was a gift from your pops or you got it while working on your first badge as a Cub Scout, it no doubt became a trusty sidekick you relied on for a bunch of little tasks. The small folding knife has become a quintessential item in a man’s everyday carry collection. Here’s a bit of the history behind the iconic knife." 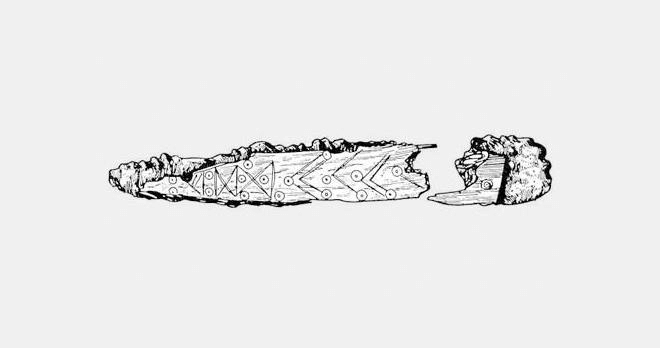 "The oldest pocket knife (or “jackknife”) ever discovered dates back to around 600-500 BC. It was unearthed in Hallstatt, Austria, and it features a single blade with a bone handle." 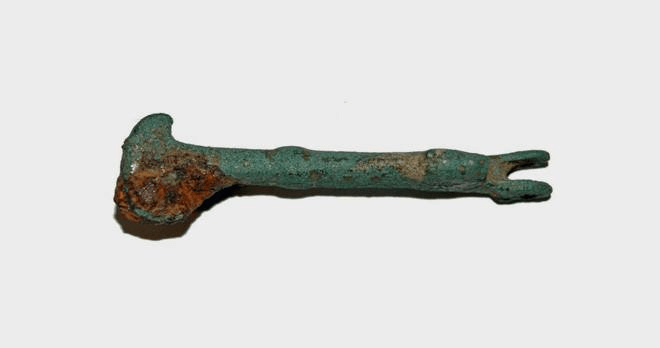 "Romans were the next group to really use the pocket knife as a tool. Many bronze “friction folders” have been discovered from the Roman Empire. These knives didn’t have locks or springs, but rather used friction to stay closed and required pressure from the hand or thumb to stay open." 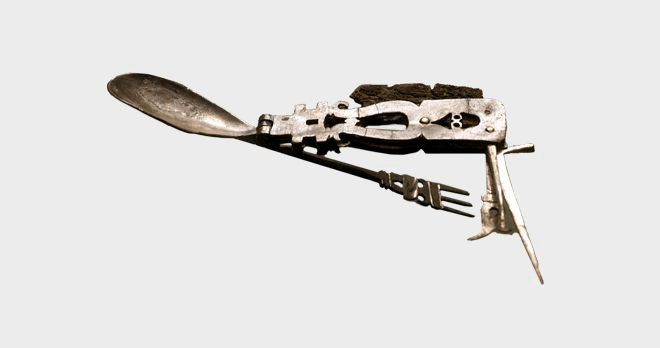 "The Romans actually even invented their own Swiss Army-esque knife that included a spoon, blade, spike, fork, spatula, and pick. It most likely belonged to a wealthy traveler." 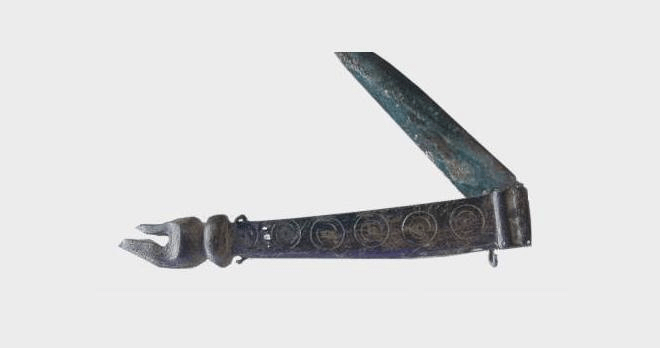 "Many folding knives have been found from the Viking era. They carried some friction folders, but more often appear to have used clasp knives that used a catch to hold the blade open."

"The pistol grip Gully knife was a pocket knife that was most likely used for fighting. Examples have been found dating back to the 1600s." 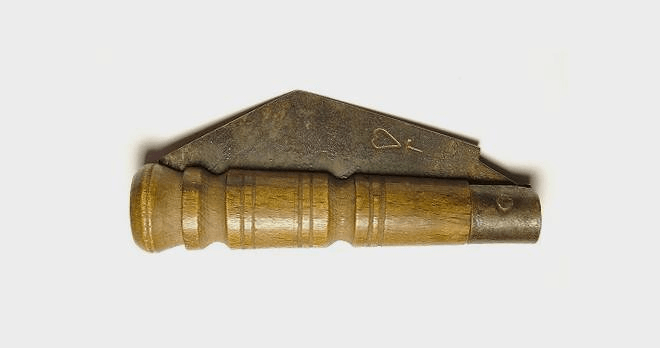 "Between 1650 and 1700, the peasant knife (or “penny knife”) became an affordable and widely distributed option for the first time in history. Sheffield, England became the epicenter of production. The cost made them popular items with farmers and workers. Opinel still makes knives reminiscent of these classics."

1660: The Slip joint Knife is Created

"Slip joint knives were also introduced around this time. They featured a back spring that kept them in the open position. While not widely available at the time, the style would become the basis for many utility pocket knives made today. Once the Industrial Age hit, mass production became more feasible and they grew in popularity." 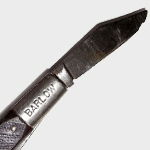 "Designed to be rugged yet affordable." 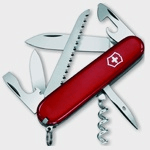 'Invented for camping, it features tools like a can opener, screwdriver, and awl." 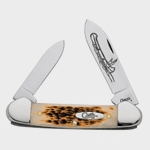 "Named for the shape of the handle which looks like a canoe." 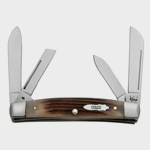 "Features a slightly curved back with a convex front and usually four blades." 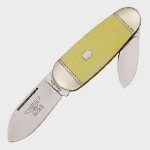 "Similar to the Sunfish but with one shorter end giving it the appearance of an elephant’s toenail." 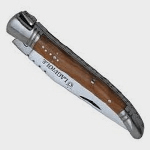 "Created by Jean-Pierre Calmels in 1829. The slim knife features a single blade and sometimes a corkscrew." 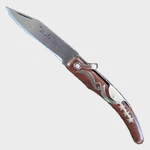 "Created in 1902 for German colonies in Africa, they were affordable and useful for poorer folks." 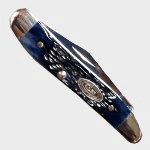 "Originally a penknife looked like a scalpel and was used to sharpen quills. It evolved into a folding knife." 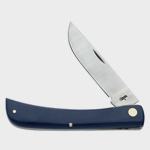 'Designed as the working man’s knife, the sodbuster featured a fat handle that wouldn’t annoy your hand after hours of use." 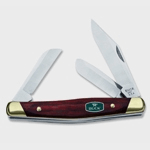 "Used by ranchers and cowboys, the knife features a sheep’s foot, a clip-joint, and a spey for spaying/neutering livestock." 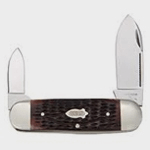 "Like the elephant’s toenail but with both sides being equally as wide." 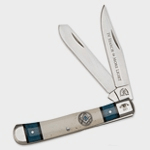 "Two-bladed knife with one clip and one spey blade." 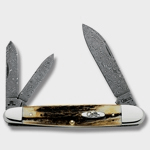 "Knives made for whittling." 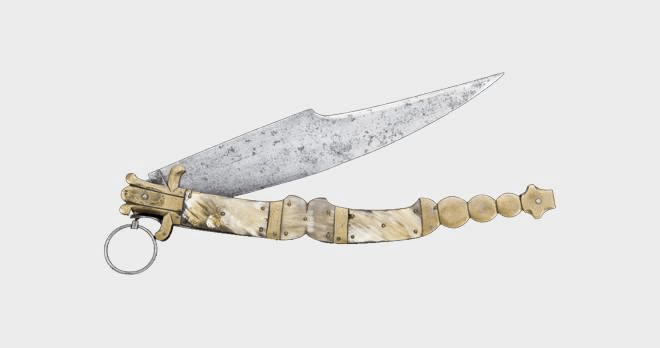 "The Navajo was a Spanish folding knife introduced at this time that operated like a basic peasant’s knife. While the knife was used for simple tasks and for sharpening quills, it was also a weapon. Years after it was introduced, the popular knife received a locking device making it one of the first lockback knives created."

"Evidence suggests that the French developed the butterfly knife (or “Balisong”) around this time (this is debated by many in the Philippines). Butterfly knives have two handles that conceal the blade until flipped around like the example posted above from the 1800s. The knife, which is clearly associated with the Philippines, was used for self-defense and as a utility knife." 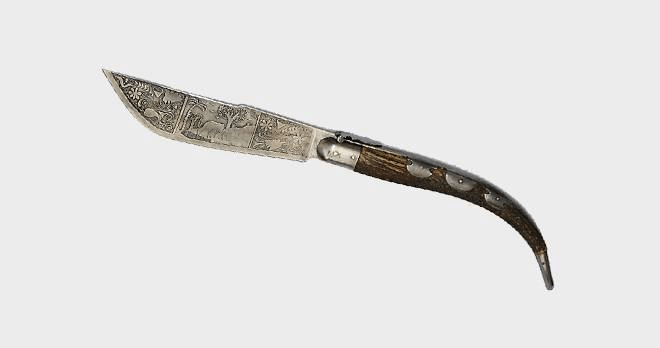 "Switchblade knives were originally developed in the mid-18th century in Sheffield. They’re known for their spring-loaded blades that are accessed with the push of a button. The infamous Italian stiletto style became popular in the US after WWII." 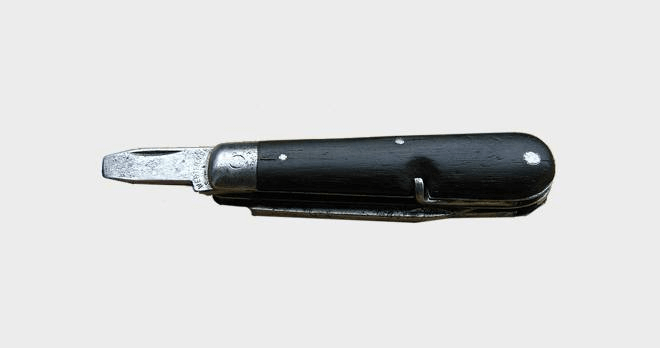 "The term “Swiss Army knife” was created by US soldiers returning from WWII, but the knife was actually developed back in 1891. Modell 1890 was crafted with a blade, reamer, can-opener, and a screwdriver, and was distributed to Swiss Army soldiers." 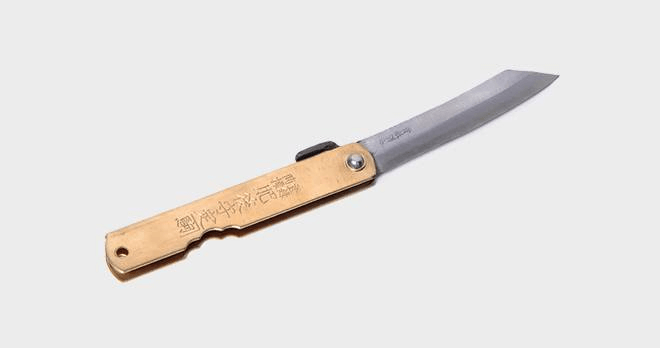 "The Japanese Higonokami knife was invented in 1896. It’s a type of friction folder with a protruding tang. Higonokami knives were hand-forged and exceedingly popular in Japan for many years before they were banned." 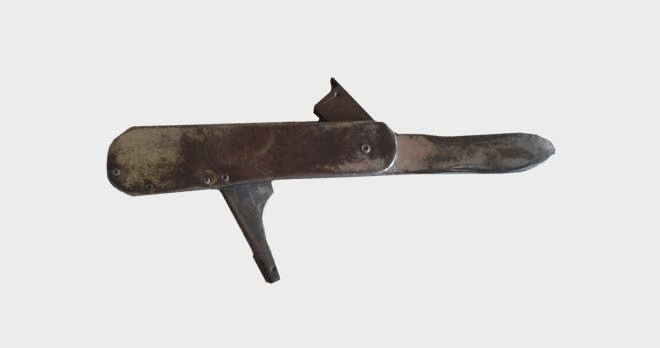 "The Defender pocket knife hit the market. It featured a tiny .22 caliber pistol built into the knife." 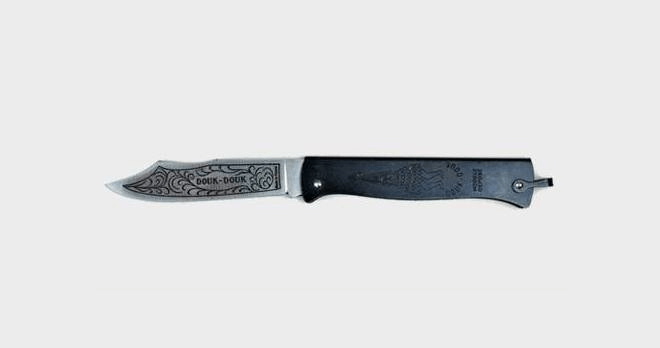 "The French Douk-Douk knife was created in the town of Thiers. It was designed to be cheap but strong. It’s still popular today." 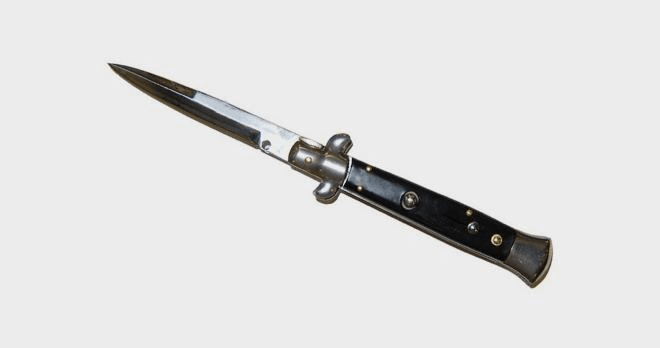 "The Italian stiletto switchblade made by Schrade experienced a huge spike in popularity in the US after soldiers brought back examples from overseas. Unlike many pocket knives, the stiletto was primarily used as a weapon."

"Spyderco created the first pocket knife with a round hole in the blade for quick opening. This was in response to the thin fingernail indent on most knives that can be troublesome at times." 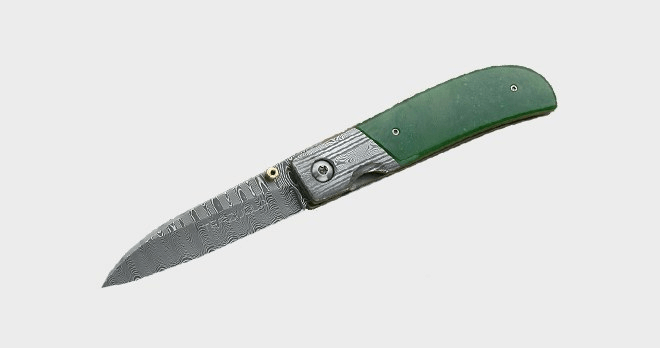 "The term “tactical folder” was coined by Bob Terzuola, and the style of Linerlock knives, which had previously existed, experienced a spike in popularity amongst hunters and outdoorsmen."