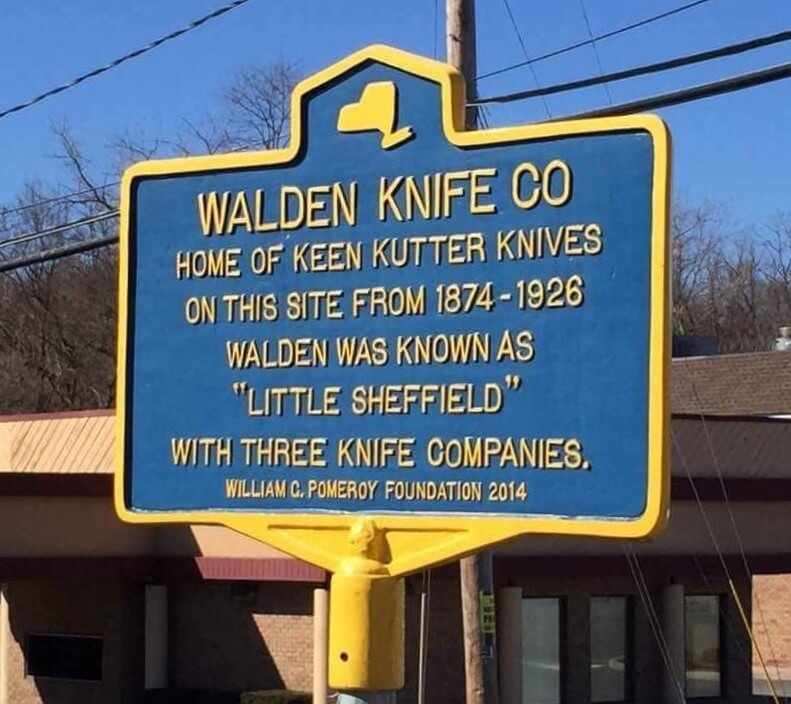 The Walden Knife Co. operated here from 1874-1926. The company was home to the Keen Kutter Knives. With three knife companies, Walden became known as “Little Sheffield” as Sheffield, England had been known for centuries for its production of blades. An image of a historical manufacturer’s package attributed to AAPK Janitor reads: “Walden Knife Co.’s/Fine Pocket Cutlery/Best English Steel.”

Organized as a co-operative association in 1870, according to a company history included in Edward Manning Ruttenber and Lewis H. Clark’s History of Orange County, New York (1881) in 1874 Walden Knife Co. became a joint-stock association. The specialty knife forum and knife lore of Allaboutpocketknifes.com adds that in 1870 the company was called “Walden Co-operative Knife Co.” a stamp which they only used for four years, making knives with this stamp rare. The name Walden Knife Co. dates from 1874 when the company reorganized.

Employing 125 in rehabilitated old woolen-mill buildings, the line of work was described by authors Ruttenber and Clark as exclusively pocket cutlery, of which six to eight hundred different styles were made. Company secretary, A.H. Saxe, added that the original mill building was built ca. 1827-28, and was known as the Orange Company, a manufacturer of woolen-cloth.

According to the specialty knife forum, Walden Knife produced product lines on contract for other companies such as Press Button, Keen Kutter, and others. Since they had their own jigging pattern on the bone handles of their knives, this can be a reliable way to identify their work. In 1893, George Schrade of Schrade Cutlery contracted with Walden Knife to manufacture his patented Press Button switchblades. The contract continued until 1903, when Schrade finally sold his patent and interest. Walden Knife continued to manufacture as many as 10,000 dozen Press Button switch blades per year.

The property appears on the Walden, Town of Montgomery map in the Beers’ County Atlas of Orange, New York (1875) as “Woolen Factories / J. Wailes, a total of 19 buildings. In a later Atlas of Orange County (1903) published by A. H. Mueller & Co. there appears one main building marked “The Walden Knife Co.” with the 18 smaller buildings surrounding it. It was a smaller enterprise than its downstream neighbor New York Knife Company.

In 1902, the specialty knife forums concludes E.C. Simmons Hardware Co. took over management of the company and ran it successfully for nineteen years they were bought out by Winchester. In 1922, one year later, Winchester decided to sell the property to Schrade Cut. Co., and move all the knife making equipment to their New Haven, CT manufacturing facility. Winchester used this equipment to make knives until the early 1940s, when they, too, stopped making pocket cutlery. 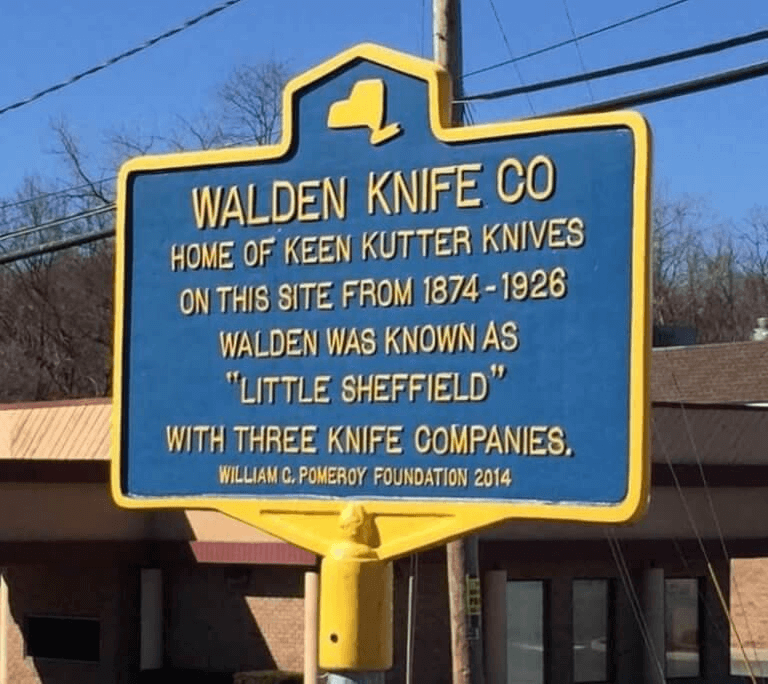 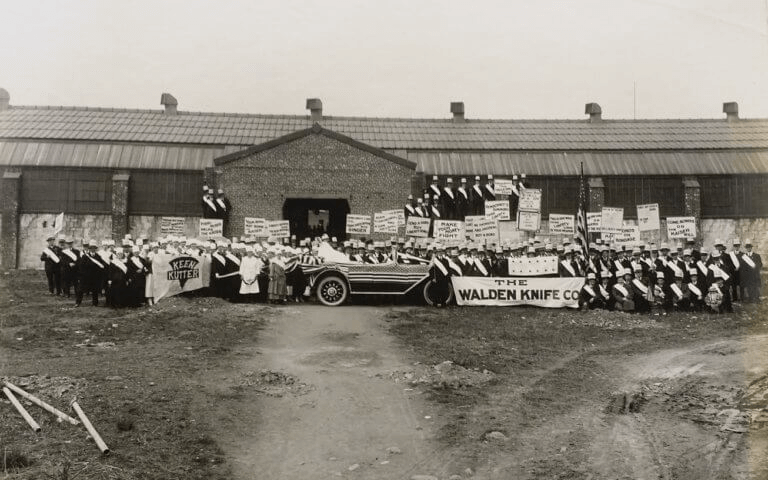 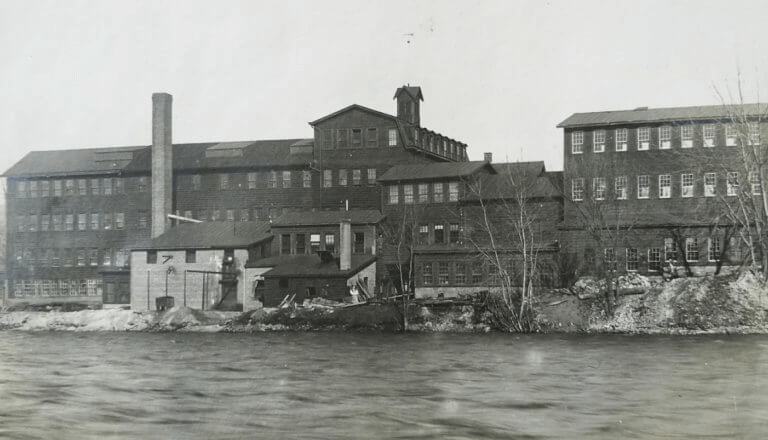